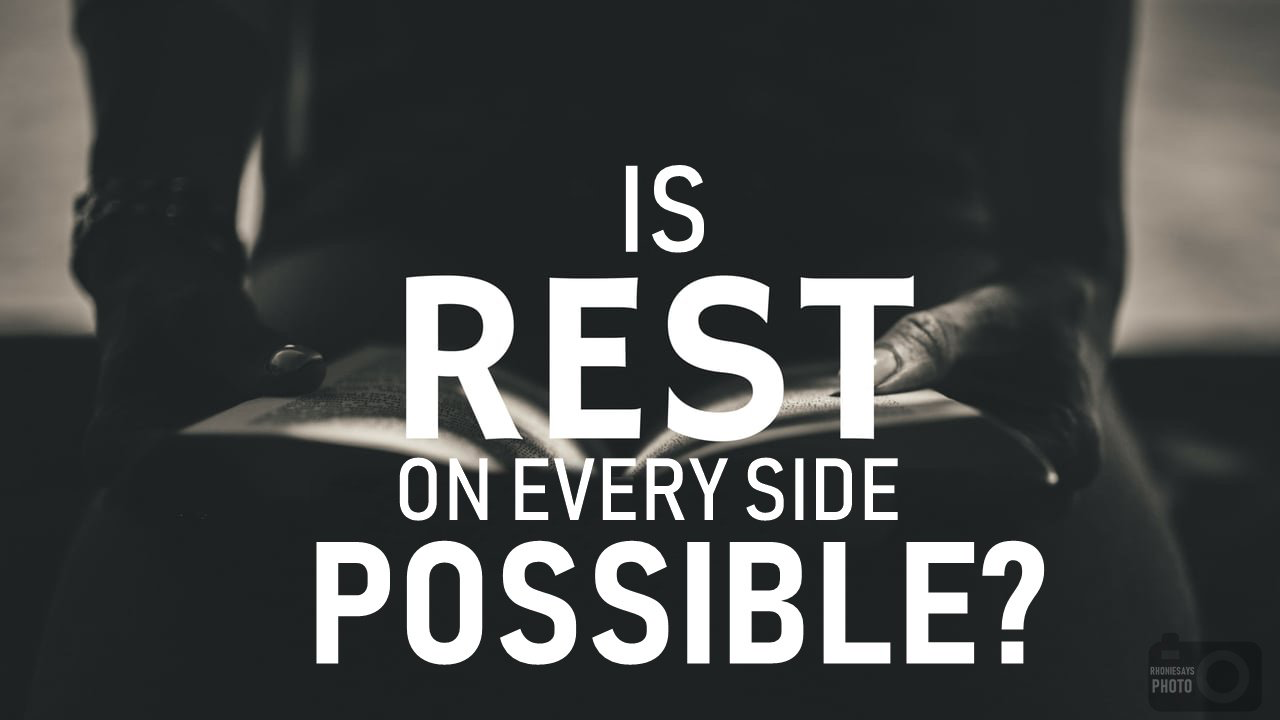 The other day during my biblical study something really pricked my imagination. I say imagination because what I read seemed impossible considering what most of us face and, even though it is in the Bible can we fathom it for ourselves. What was it that sparked my imagination? It was a passage of scripture where God gave King Asa rest on every side. How is that possible? Rest all around me. Peace all around me. Rest on every side brings to me thoughts of impending peace from dangers all around. That is something that captures my interest. Maybe looking at what God did for King Asa will aid in my assurance of Christ’s rest for me. Is rest on every side obtainable? Surely if He did it for King Asa He can do the same thing for all of us. Well, what did King Asa do that we can gain from so that we can to experience this type of rest?

We must consider what type of rest it was that King Asa was experiencing as a promise from God. That kind of rest mentioned in 2 Chronicles 15:15 is one where there was freedom from the surrounding countries. Freedom from being overcome by opposing nations and enemies.  As God supported them there was no need to worry of fear what others might do. I can’t speak for anybody else but I need that kind of rest. Rest to the point where I don’t have to worry about those surrounding me. I don’t have to be concerned about who might be a threat to me. If we take into consideration the things that King Asa did, we can learn how we can experience the rest of King Asa and Judah possessed. Note that like with Asa, trouble may occasionally come from the enemy.  But the victory was assured if the King followed what God commanded.

Under King Asa, Judah enjoyed a long season of peace and prosperity. In II Chronicles 14, we see Judah being victorious in a great battle with Ethiopia and surrounding peoples. We also see the blessing of God upon Judah, they acquired “very much spoil” , “exceeding much spoil” and “abundance”.

II Chronicles 14 and 15 teach us how we can possess rest on every side.

2. God spelled it out clearly how to walk in rest all around. II Chronicles 15:2 and 4 says that if Asa did what God told him, all would be well. And if not, God could not bless and keep him.

4. King Asa called on and trusted in the name of the Lord in the Ethiopian battle and God “smote” the Ethiopians totally. (II Chron. 14:11-14)

5. Later, all the people under Asa made a covenant with God and swore with all their heart, and the Lord gave them rest all about. (II Chron. 15:12-15)

King Asa is a story of what it means to obey God with all one’s heart and have rest on every side. This goes to the first commandment, to love the Lord our God with our whole heart and our whole soul and our whole strength (Deut. 6:5; Matt. 22:37). It captures the meaning of Proverbs 16:7 “When a man’s ways please the Lord, he maketh even his enemies to be at peace with him”. It further unites with the promise of I John 5:18, that when we obey God and not continue in repeated disobedience, “the wicked one toucheth him not”. James 4:8 also tells us that when we draw near to God, He will draw near to us.

The story of King Asa positively assures us that rest on every side is possible. Incidentally, Job was experiencing that same rest on every side (Job 1:10, same Hebrew word with Asa) and remained until Job opened the door to fear (Job 3:25). The Good News is we can have that kind of rest all around us. Times of real peace and prosperity. And if a trial comes (and an occasional one will come from time to time per Jesus Himself), we still win and we ultimately return to peace.