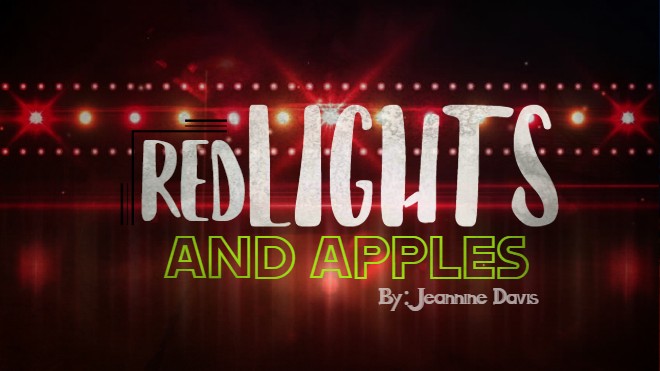 I was driving to my destination and I was pretty tired.  I had about 45 minutes to go and was anxiously awaiting my furry socks and my orange blanket.  As I proceeded on 75-South, it was smooth sailing for about 30 minutes and then out of nowhere, red lights.  So many red brake lights were ahead of me.  Uh oh.  It looked like I was going to be at a standstill and if you know Atlanta traffic, you know that it has gotten worse.  What used to take 30 minutes can now take two hours and the need for cold, several bottles of water and a few sandwiches in the car.

I had begun to sigh and mentally prepare for it to take a lot longer for me to get to my furry socks and orange blanket and I wasn’t upset about it, but I wasn’t cheering about it either.  Traffic had slowed down and I was changing the radio station, however, to my surprise, as I got closer to the many, many red lights, cars weren’t stopping.  They were still moving and doing so at a pretty decent pace.  Wait.  Had I braced myself for nothing?  Pretty much and that’s not the first time that even though I appeared calm on the outside, internally I had overreacted.

How often do we do this?  How many are like me and can be overthinkers?  And I don’t mean the Happy Meal overthinker.  I mean the Big Mac overthinker with extra sauce, extra pickles, and two extra patties.  I remember having a discussion with God one time and He broke down to me how much I overthink or how deep I can get with things.  He let me know how the conversation would be if He told me to go to Wal-Mart to purchase apples.

God:  J, go to Wal-Mart and purchase some apples.

God:  J, go to Wal-Mart and purchase some apples.

Me:  Lord, what time would be most pleasing to you?  Should I go in the morning, in the noonday or late in the midnight hour?

(OK.  I finally pick the Wal-Mart closest to me, drive there and make my way to the produce section.)

Me (as I look in my purse for my oil, stretch forth my hand and pray over the produce section):  OK, Father.  You said to purchase apples.  Which ones are most pleasing to you?  Is the blessing in Granny Smith and Fiji or is it in Golden Delicious, Gala, McIntosh and Honeycrisp?

(At this point, ya know how parents don’t speak, but their look says everything?  There is power in that look y’all. 👊🏾)

Me:  OK, I will get Honeycrisp.  How many though?  Three is the Trinity.  Seven is the number of completion.  Eight represents new beginnings. Jesus had twelve disciples. Hmmmm …

(Now I believe the Lord would be shaking His head, but ya know when you slowly shake your head with your eyes closed and then take one long sigh while the bubble above your head says, “Really?”  Yup.  I think that’s what He’d do at this point.)

(I’m almost there.  I’d get four apples, but then proceed to ask the Lord which cashier I needed to go to that would give Him the most glory.  So now I have to pray about which check-out line to get into and still no response, but I think He’d give me another side-eye.)

Finally, I go to a cashier and pay, get in the car and head home, but not before I fast for five minutes about which road to take (even though I’m two minutes from my home.)

SMH!  Whew!  That’s a lot.  And no I wasn’t in the wilderness for forty years, but I could’ve been to Wal-Mart and back in about 20 minutes, not the hours that it hypothetically took me due to overthinking and me trying so hard not to miss God that I had COMPLETELY missed Him.  I laughed when God showed this to me because that really is me at times.  I’m still a work in progress.  However, I know, I’m not the only one in the produce section for hours. 🍎 Raise your hand if that’s you too. 🙂

So, what have you stopped because of the scenarios that YOU’VE created?  What red lights are you focusing on that have absolutely nothing to do with you, your destiny or your purpose?  Has God told you to stop?  Has God told you to slow down?  Have you hit your brakes because you are convinced that you won’t be able to keep moving based on red lights you see up ahead?

Let’s try it this way.  Are you overthinking?  Are you still asking God questions that He’s already given you answers to?  Are you doubting yourself when God believes in you and has already given you His stamp of approval?  Have you stopped writing your book?  Have you started writing your book?  Why haven’t you looked at your business plan in months?  Have you decided not to go to the audition because you’re convinced that they will say ‘no’ like the others have even though this opportunity could be the ‘yes’ that you’ve been waiting for?  Have you given up on your desire to be married because you feel you’re too old now?  Have you not pursued starting your non-profit organization because someone else’s attempt failed?

When are you going to start the business(es)?  What are you constantly talking yourself out of?  Have you given up on your dream(s) because you’ve allowed what’s in your bank account now to override what God can do and what He’s said?  Here’s my point.  If God hasn’t told you to stop, keep going.  If you need a refresher, talk to Him about it.  In fact, we should be talking to Him daily anyway and keeping Him in the center of our plans, desires, dreams, and goals.  You’re not always going to feel like it.  You’re not always going to be motivated.  Keep going anyway.  IT AIN’T ABOUT YOU!!!  Get out of your head and trust God with what’s ahead.  Let obedience to God be your motivation.  And if He tells you to stop, stop.  If He hasn’t told you to stop, hit the gas pedal and joyfully and confidently proceed towards your purpose.  🚘

God’s got you and He is bigger than ‘lights of fear and rejection’ and He’s greater than ‘lights of worry, doubt, ‘can’t’ and past failures.’  Keep your eyes on Him and follow His lead. You will win every time and you won’t spend hours buying apples. 😉