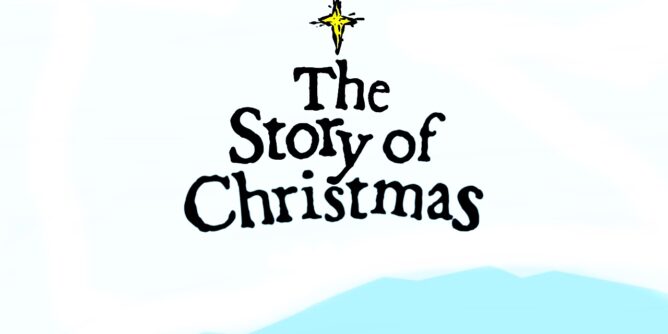 The Story of God and Man at Christmas 1.

More than just appreciation for the coming of Christ as we’ve commonly heard about it all our lives, and more than the emoting we do around the season of Christmas, we are looking much closer and looking much deeper at the full significance of what we know as Christmas and the First Coming.  Insofar as the immensity of the creation of Man (Man in God’s very own image) and the Fall of Man marks the initial story of God and Man, so too is the coming of the Lord, to do the many things He was called to do FOR US.  It is a whole lot more than simply saving us from our sins, as critical as that is.  We overlook, we have not been rightly taught, we do not comprehend the revelation of the multiple assignments that Jesus was to have in the earth.

This is our second in the series on the birth and coming of The Lord.  Today we will be looking at one specific part of The Why of Jesus’ coming, one most of us have not captured.  In capturing it, our lives are changed in ways that blow the mind and catapult our spirit man.

It was because Man fell from his position and authority in the earth and broke his relationship with God, that Jesus had to come.  Everything changed with severity when Adam sinned.  Immediately, God had to announce what He was going to do about it (it was planned from before the foundation of the world, the plan of Man was not dethroned) and He did that in Genesis 3:15.  Most importantly we see that the Seed coming was coming to bruise the devil’s head, which in the Hebrew more significantly means, that Jesus was coming to bruise the devils’ “headship”, the devil’s rule on the earth.  The devil had stolen the full authority God gave Adam to govern the earth (Gen. 1:28) and he perverted it in evil.  Jesus was coming to take that authority back.  He had to do it as a Man, because God gave the earth to Man.  If God took the earth back as God and not as a Man, He would have violated and undone His own Word when He completely gave the earth to Man (Psalm 115:16), to rule and fix it.  God could renege on who He intended the earth to be ruled by.  It was Man.  This is so climacteric that we see this.

In a “Christmas” verse we are all familiar with, there are two parts of Isaiah 9:6-7 that we need to spotlight today:  “For unto us a child is born, unto us a son is given: and the government shall be upon His shoulder” -AND- “Of the increase of His government and peace there shall be no end, upon the throne of David, and upon His kingdom”.  What government is being talked about here?  The same government that God gave Adam back in Genesis, to rule all things in the earth and fix everything and bless the whole earth.  Except this time, this rule on the earth was explicitly being framed in what we learn is the Kingdom of God.  What is the Kingdom of God?  It is not a political identification we are talking about.  It is something so much bigger.  The Kingdom of God can well be defined as “God’s rule and way of doing things”.  His way of doing things is completely different than ours.  For one thing, all His ways come out of Love.  Moreover, the earth was even a worse mess when Adam fell and the devil assumed authority in the earth.  Death reigned.  Sickness became rampant.  Poverty and loss became pervasive.  Jesus was coming, not just to save us from sin and give us Heaven upon our passing.  He was coming to redeem us and restore us the original glory and responsibility that Adam first had.  Jesus is the Last Adam (I Cor. 15:45).  Jesus was coming to start fixing things and to establish a Kingdom.  The Kingdom of God.

The criticality of us seeing Jesus’ birth in terms of the government or rule being upon His shoulder has everything to do with what was going to happen as this earth remained after Jesus went back to heaven.  The earth was going to continue for some time and there was going to be someone else in charge.  This rule or jurisdiction was now going to be “Jesus in Lord”, all authority in the earth would be His, He was going to give that authority to us and we were to continue what Jesus did on the earth as His Body.  The Head was going back to heaven, to sit down at the right hand of the Father.  The Body of Christ was remaining on earth and simultaneously had its citizenship in Heaven and was itself seated there with delegated authority to rule, seated at the right hand of Jesus, a place and position of power and authority. (Eph 2:6)

What is all this significance?  Aren’t we supposed to be talking about Christmas as a baby in a manger wrapped in swaddling clothes?  We are.  But we must tell the whole story of the WHY this baby came.   He came to establish the Kingdom of God.  A new rule.  And where did He put that rule?  He put it in us, the very Kingdom of God is within us (Luke 17:21).  The Kingdom came and was established.  And The Church, the Body of Christ, the governing arm of the Kingdom (this is Us), was to continue the rule after Jesus went to heaven.  This rule was significantly not the rule of law as we often hear in worldly politics, but the rule of Love.

When Jesus came and grew up, He started immediately preaching the Kingdom of God and the Good News (the Gospel) that came with it.  Everything was changing.  This was a Kingdom ruled by Love (Matt. 22).  This was a Kingdom that operated by Faith.  Faith is the currency of the Kingdom.  This is a Kingdom where spiritual death no longer would reign, we could now have eternal life.  This is a Kingdom where there is no sickness, sickness no longer reigns.  Jesus healed disease everywhere, “healing ALL those oppressed of the devil” (Acts 10:38).  He also delivered people from foul spirits and bondage (Mark 3:11).  He took people out of the curse of poverty (Lk. 4:18b; II Cor. 8:9).  It is ASTOUNDING ALL HE DID FOR US when He was here.  HE WAS ALSO SHOWING US HOW TO DO IT, to continue after He left.  This is the Kingdom of God in action.  This is the government that is upon His shoulder and one eminent reason He came.  We now have the job to do, to continue, to do the “greater works” He spoke of in John 14:12.

The Christmas Story and The Why of His First Coming is so momentous and so consequential.  It is so much more than we have ever realized.  It is incumbent on us to embrace ALL OF THIS and be utterly changed by it.  We need to see and we need to take our place and change the earth.

We will continue this series.