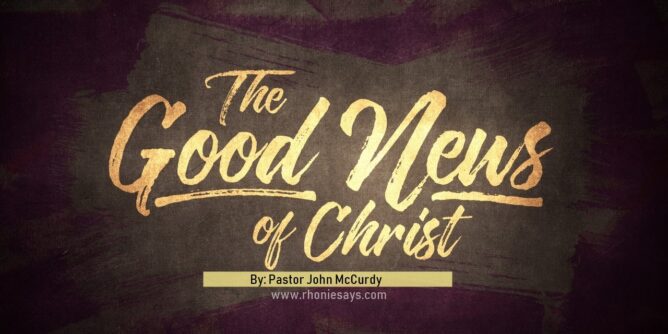 There is nothing but a MASSIVE amount of Good News with the first coming of Christ, which we celebrate at Christmas.  Let’s talk more about this!

This is a several-part series, to magnify many of the events and the many astounding pieces of what went on around Jesus’ birth.  Most of us have not spent time treating this story as the Word of God, meditating on it like we would other verses in the Bible.  Most of our sense of what went on comes to us from Sunday School, from warm emotions around the Christmas season, from snippets on greeting cards, from the notions of sitting around the fire singing Christmas Carols and watching movies.  Jesus’ birth did take place with some element of a Silent Night.  But things that night and prior were anything but “Silent”, quiet and all-is-calm.  There was a whole lot of holy and supernatural excitement, to say the least.  God was sending forth His own Son.

Ponder this deeply.  This was God’s Plan from before the foundation of the world.  And now, 4000 years after Adam, “the fullness of the time” (Gal. 4:4) had come.  This goes all the way back to the fall of Adam when God made clear to the Adversary, “And I will put enmity between thee and the woman, and between thy seed and her seed; it shall bruise thy head, and thou shalt bruise his heel” (Gen. 3:15)”.  Don’t lightly pass over these common verses.  A fulfillment of Genesis 3:15, where God told satan he would be totally defeated by a Seed to come.  Imagine if there was no Genesis 3:15.

THE SEED HIMSELF WAS COMING TO EARTH.  To do what?  To save the world from their sins and restore Man back to the place, privilege, and position – the RIGHTFUL PLACE that Love Himself created – from before the Fall.

Christmas is truly a proclamation of deliverance and restoration for every single one of us.  Any way you cut it, we all have to be first saved from our sins at a point in time.  We all have stuff.  It needs to go.  This is your time if you never asked Him into your life.  No works on your part are necessary at all.  He did all the work.  This is a free gift.  You simply have to genuinely ask and receive.

We will continue the story of God and Man at Christmas in the next blog.

Do take the time to study and do a deep dive into the Word of God being revealed.