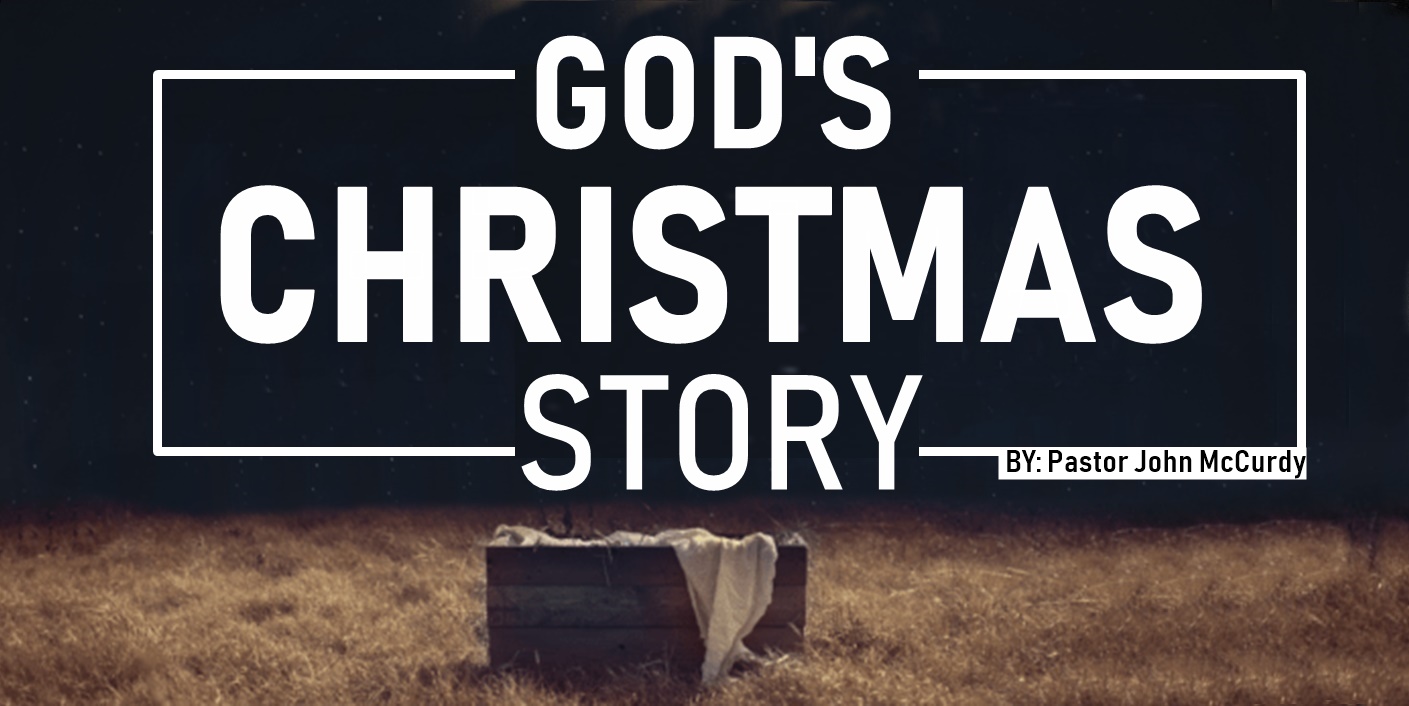 There is nothing but a whole lot of Good News in the Christmas Story.  This Story is found primarily in Matthew 1 & 2 and Luke 1 & 2.

This was Major, Major, Major.  In the story of God and Man, this was the appointed time for God to send His Son and buy Man back.  Redemption.  Restore Man back to his rightful place, before the Fall.  A fulfillment of Genesis 3:15, where God told Satan he would be totally defeated by a Seed to come.

THAT SEED HIMSELF WAS NOW COMING TO EARTH!

A word about angels here, since we hear of them a lot at Christmas and do not often think about them.  They are important in the affairs of men on the earth.  Angels are God’s ministers and workers, whose assignments include messengers, warriors, guardians and worshippers.  They are not God and they are not created as superior as Man, who alone is created in the image and likeness of God, we alone are children of God.  But angels are powerful beings.  As imaged in religious traditions of Christmas, they are not chunky little white babies, floating about in diapers.  They are mighty beings, large enough to cause fear at their appearance.  Again, they carry out the will of God on assignment in the earth, for mankind.

“Bless the Lord, ye His angels, that excel in strength, that do His commandments, hearkening unto the voice of His Word.” (Psalm 103:20)

“I am Gabriel, that stands in the presence of God; and am sent to speak unto thee (Zacharias), and to show thee these glad tidings.” (Luke 1:19b)

Look at what your Bible says about the Joy and Glory that attended this major happening on earth.  All of Heaven was rejoicing.  The earth was bearing it out.

When they saw the star, they rejoiced with exceeding great joy. (Matt. 2:10)

And, lo, the angel of the Lord came upon them, and the glory of the Lord shone round about them … (Luke 2:9a)

… behold, I bring you good tidings of great joy, which shall be to all people. (Luke 2:10b)

And suddenly there was with the angel a multitude of the heavenly host praising God, and saying, Glory to God in the highest, and on earth peace, good will toward men. (Luke 2:13-14)

And when they (the wisemen from the east) were come into the house, they saw the young child with Mary His mother, and fell down, and worshipped Him … (Matthew 2:11a)

And the shepherds returned, glorifying and praising God for all the things that they had heard and seen. (Luke 2:20)

This Good News was all about full Salvation and Redemption.  The Good News is the Gospel, the Glad Tidings.  William Tyndale in 1531 stated that “Evangelion (the word gospel or Good News) is a greek word and signifies good, merry, glad and joyful tidings, that maketh a man’s heart glad, and maketh him sing, dance and leap for joy”.  (Are you dancing and leaping yet?  We should be.)

And the angel answering said unto him (Zacharias), I am Gabriel, that stands in the presence of God; and am sent to speak unto thee, and to show thee these glad tidings. (Luke 1:19)

And the angel said unto them, Fear not: for, behold, I bring you good tidings of great joy, which shall be to all people. (Luke 2:10)

The Laws of Faith Were Operating.  Faith is Critical in the Things of God.

I believe that Zacharias was not being punished for his lack of faith, though God was displeased.  Since death and life are in the power of the tongue (Proverbs 18:21a), spoken words of unbelief had no place in all that God was unfolding, and causing Zacharias to be dumb until his son (John the Baptist) was birthed prevented Zacharias from saying more dumb things that could hinder the major work of God in their household and sow seeds of unbelief around Elizabeth his wife or others.

And, behold, thou (Zacharias) shalt be dumb, and not able to speak, until the day that these things shall be performed, because thou believest not my words, which shall be fulfilled in their season. (Luke 1:20)

As opposed to Zacharias’ unbelief, Mary, mother of Jesus, believed the Word of the Lord announced by the angel.  She possessed faith.

And Mary said, Behold the handmaid of the Lord; be it unto me according to thy word. (Luke 1:38a)

And Blessed is she (Mary) that believed: for there shall be a performance of those things which were told her from the Lord. (Luke 1:45)

Everything that was occurring here was glorious and had greatness about it and was holy.

Look closely at these happenings.

For he (John the Baptist) shall be great in the sight of the Lord, … and he shall be filled with the Holy Ghost, even from his mother’s womb. (Luke 1:15 a,c)

For, lo, as soon as the voice of thy (Mary’s) salutation sounded in mine (Elizabeth) ears, the babe (John the Baptist) leaped in my womb for joy. (Luke 1:44)

Glory to God in the highest, and on earth peace, good will toward men. (Luke 2:14)

Now these are just some of the myriad truths around Christmas.  There is more treasure trove in the Christmas Story, as revealed in the Word of God.  I hope you will take time to read the full account, allow God to speak to you mightily, and cause you to rejoice with joy unspeakable and full of glory.