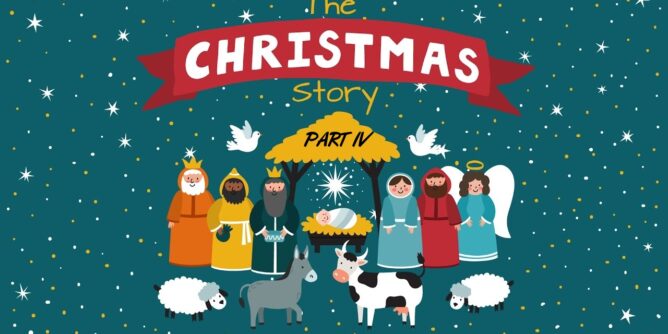 The Role of Angels at the Coming of Christ.

This is the 4th in our series  –  The Christmas Story: The First Coming of Christ.

Far beyond what natural history is all about when it comes to Mankind, it is quite an eye-opener when we realize that what stands above all – is the reality of the story of God and Man and how that affects just everything that is really ultra important in this life.  And in the story of God and Man, these stand out as defining the course of all things:  the creation of Adamic Man, the subsequent fall of Man, the coming of Jesus the Christ and His earthly ministry, then Pentecost, then the end of this age with a new heaven and a new earth.  Clearly, the coming of Jesus affected Mankind more than anything or anyone else ever.  You know what would have happened to us if Jesus never came.  Take a moment with all of this and consider how it is that God was always thinking ABOUT US and always doing things FOR US.

The Birth of Jesus was finally here and ALL OF HEAVEN was so involved.  This was HUGE in the whole unfolding of Mankind.  We saw last week how totally the Holy Spirit was involved.  Besides that, the angels of the Lord were very busy with events.  We will also see that a group of shepherds and a group of wisemen from the Far East also played an interesting and prominent role in the Main Event.

Today we will talk about the angels around Christmas.

Let’s start by getting something straight.  The angels at Christmas were not chunky little white babies, floating around in cloth diapers, as some Nativity artwork in history portrays.  On the contrary, angels are strong, imposing, heavenly beings of stature.  Seems almost every time they appear on earth, people get full of fear until told to calm down.  My brothers and sisters, angels are ministering spirits sent by God to SERVE those who inherit salvation (Heb.1:14).  That would be us on the receiving end of angels.  Angels are those beings from God, the heavenly host, the armies of heaven, over which there is a Lord of Hosts, and we know Who that is.  Micaiah saw the LORD sitting on His throne, and all the host of heaven standing by Him on His right and on His left (I Kings 22:19).  The Psalmist informs us that His angels are mighty in strength who carry out His word, who hearken to the voice of His commands (Psalm 103:20).  It is important that we have a right view of angels and show deference for the work they do and Who sends them.  Most importantly to consider today, angels were very busy in the super event of Christ coming into the earth, to redeem Man back and put Mankind back where God always wanted us to be.  This is Love in action, of the unfailing and unconditional kind.

There are five appearances of angels in the Christmas Story that we find in Luke 1-2 and Matthew 1-2.  Gabriel, the Archangel, is mentioned twice by name.  He is known as the Announcement Archangel, the Messenger Archangel.

The first instance is with Zacharias, father of John the Baptist.  Here we see Gabriel appear and say of himself “I am Gabriel, that stand in the presence of God; and am sent to speak unto thee, and to shew thee these glad tidings” (Luke 1:19).  Read for yourself (Luke 1) the entire glorious announcement Gabriel made to Zacharias and how great this baby (John the Baptist) was to be.  Just staggering.

We soon next see Gabriel “sent from God” unto Mary and announcing to her that she has been chosen by God to bear a son, Jesus the Christ.  We can hardly fathom the magnitude of that announcement to the virgin Mary.  You must read for yourself all that Gabriel told Mary (Luke 1) and how astounding it all was.  Rejoice!

And then there’s the amazing event, when some shepherds tending flock in the field were visited by the “the angel of the Lord” and that angel shone brightly with “the glory of the Lord” and announced that JESUS WAS HERE.  What happened next with these glad tidings in the whole earth?  A “multitude of angels” were beyond excited and they praised God and declared to all there “Glory to God in the highest, and on earth peace, good will toward men” (Luke 2).  What a something that had to be for these common shepherds, who God set apart to be part of this most magnificent time for Mankind.

The remaining two appearances of an angel both involved Joseph, Jesus’ father, when Joseph was told to make haste and hide in Egypt, at a time that evil Herod (first outright attempt by satan to take Jesus out, using government to do it) horrifically ordered the killing of all infants in the region.  The angel later told Joseph when the coast was clear to go back home.  The point here to see is that angels are ministering spirits sent from God, in this case to protect us.  Angels are tremendous servants that cover a lot of ground for our sakes and they should be appreciated for the scope of what they do for us.

Brothers and Sisters, so much was happening around the coming of Jesus for us.  I mean So Much.  Please take some real time today to ponder and appreciate every detail of how God does things and just how much He loves us.

(Series to be continued)