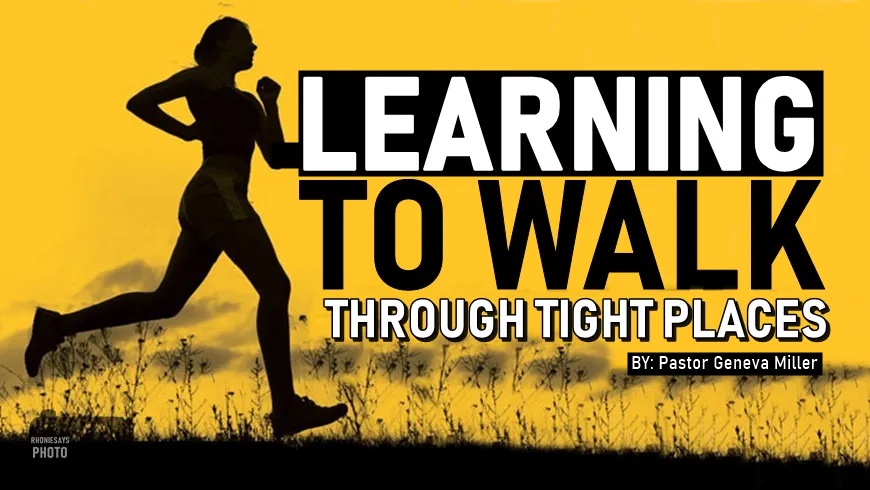 Included in all of the many teachings in the Sermon on the Mount is this one called The Narrow Gate.  Jesus is very clear in two short verses that there is a way that is right and a way that is wrong, and as God offered to the children of Israel in Deuteronomy 30, Jesus is saying choose life, choose the right way, but you may go it alone.

As parents there is a lesson we have to teach over and over again; everybody who surrounds you is not your friend.  Everyone who has your ear does not have your back.  Jesus, our Daddy teaches us this lesson as well.  The prodigal son that we are introduced to in Luke 15 discovered this when he left his father’s house with all of his earthly possessions and took off on his own.  He was doing fine until he ran out of money.  He chose the gate, the path that was broad and wide and every hanger-on and leach that could use him, used him up until he had nothing.  This young man known as the prodigal son had to find out the hard way, it’s better to be in a tight space by yourself than in a wide place with those who don’t really care about you.  So after all the money is gone, after he stops making it rain with his finances and his alcohol, suddenly he’s left all alone and he finds himself in a tight space.  He finds himself unable to feed himself, he can’t support himself and he ends up working for a hog farmer feeding the hogs.  He’s in a tight space but it is here that he comes to himself.

Here is a young man who has had it all, he’s had fine clothes, he’s had women and he’s had many friends.  He’s had jewelry and he’s had the music and he’s had the parties and now he has nothing.  The gate he entered when he left home was wide and broad and big enough for all these deadbeats to suck him dry and they did!  Now he is in the pigpen, and as a Jewish man, this went against every law and teaching he had known all his life.

When we don’t heed the voice of our Father and choose the right path, thank God for mercy that sometimes He forces us into a place of revelation!  It was in the pig’s pen, while he was slopping the hogs, cleaning and feeding the most disgusting animal a Jewish man could encounter, it was here in this wretched place that he found his way to the narrow gate that would lead to his future.  It was here, alone, defeated, poor and beat down that he began to as the bible says, come to himself.

It was here in the tight space that he talked to himself, he came to his senses.  It’s amazing how clearly we can hear when all the noise is gone.  How clearly we can discern when all of the chatter of the crowd has faded away and he says to himself, here I am starving to death in a pig pen and the servants in my father’s house have food to spare!  I’m going home! It was here in this tight space that this young man discovered his true self, he found what he was made of and the first thing he did was say I will tell my father that I have sinned.  I have sinned against heaven and against you and I am sorry.  I’m not worthy to even be your son, make me a hired hand in your house, but I want to come home.

Beloved, there is a consequence to our decisions and beloved He does give us choices!  Jesus, our Father, our Lord and Savior tells us, enter by the narrow gate.  Luke’s gospel adds a word to this passage and he says, strive to enter into the narrow gate.  This word strive means to press forward with all your might, to use every muscle in your body to strain to enter, it is a word that means to agonize.

Strain with all your might to enter into the right decision, pray and pray again.  Press with all you have to get past your own feelings to get to the place of the spirit where the Father can speak because our flesh wants to take the easy road, the wide road the broad road but Jesus, the good, good father says no, don’t take that road!  You’ll have lots of company but it leads to destruction.  Many choose that road because it’s an easy one.  Press in, agonize over your decision and then choose the narrow road that leads to life, there are few who find this path and live.

Jesus is saying if it was easy everybody could do it.  Learn how to walk in tight spaces, learn how to find peace on the narrow road, learn how to get rid of all the noise and the distractions because you’re going to need to know how to hear the voice of the Father to make the right choices and decisions.

Learning to Walk in Tight Spaces.  Somebody said, it’s tight but it’s right.  Jesus is the narrow gate, He is the door, He is the way.  The road to Him is narrow and so few choose it, but great is the reward of living for Him.

Minister in the State of Ohio. In September 2013, Geneva and her husband started The Way Community Church and since then they have been serving the community and equipping believers for ministry. Geneva’s passion is teaching and developing and in September 2018 Geneva launched gwmiller ministries as a platform for her teaching, training and equipping of Kingdom people all across the globe for Kingdom building and Kingdom empowerment.